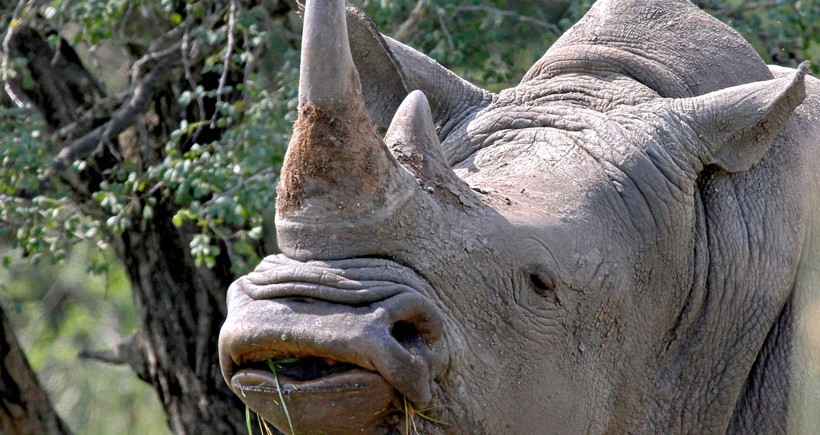 The dog forms part of the EWT’s strategy to quell the rampant rhino poaching and illegal wildlife trade. The rhino poaching crisis has demonstrated that there is no single solution to addressing illegal wildlife trade, which is an increasing global phenomenon, estimated to be the third largest illegal industry worldwide after drugs and human trafficking, and often has its roots in organised, trans-boundary crime. For this reason the EWT is implementing interventions at several stages in the poaching and wildlife trade chain, including the deployment of highly trained sniffer dogs specifically trained to detect wildlife products like rhino horn, at various ports of exit through the country.

Rico will be housed and cared for by ACTS at their canine facility in Kempton Park, with generous sponsorship for the animal also coming from BIDVest and the Hans Hoheisen Charitable Fund. Once he has acclimatised to his new environment Rico is to be introduced to his future handler. While he already understands the principles of searching for and detecting scents he will now be imprinted on the specific scents – particularly rhino horn, ivory and abalone – that he needs to detect before being put to work. As he matures, new scents of other threatened species affected by illegal trade and smuggling will be added to his olfactory repertoire.

END_OF_DOCUMENT_TOKEN_TO_BE_REPLACED

Which Calibre to Choose?

This subject really needs a more comprehensive discussion than website space permits. Here I can but touch on some of the most important principles. The question, “Which calibre to choose” cannot be answered in general terms as there are too many variables. Talk of one calibre being “better” than another is meaningless. Better for whom? Better for what game category? Better for what hunting conditions? There is no simple answer – “terms and conditions apply”.

We must begin by asserting that there are other factors in the equation that are equally or more important than calibre choice, for example correct shot placement – without which no cartridge can be suitably effective. Likewise, if the mechanical construction of the bullet (projectile) is not adequate to the task of reaching and effectively destroying the vital organs (irrespective of what bones it may encounter en route) calibre choice means little. END_OF_DOCUMENT_TOKEN_TO_BE_REPLACED